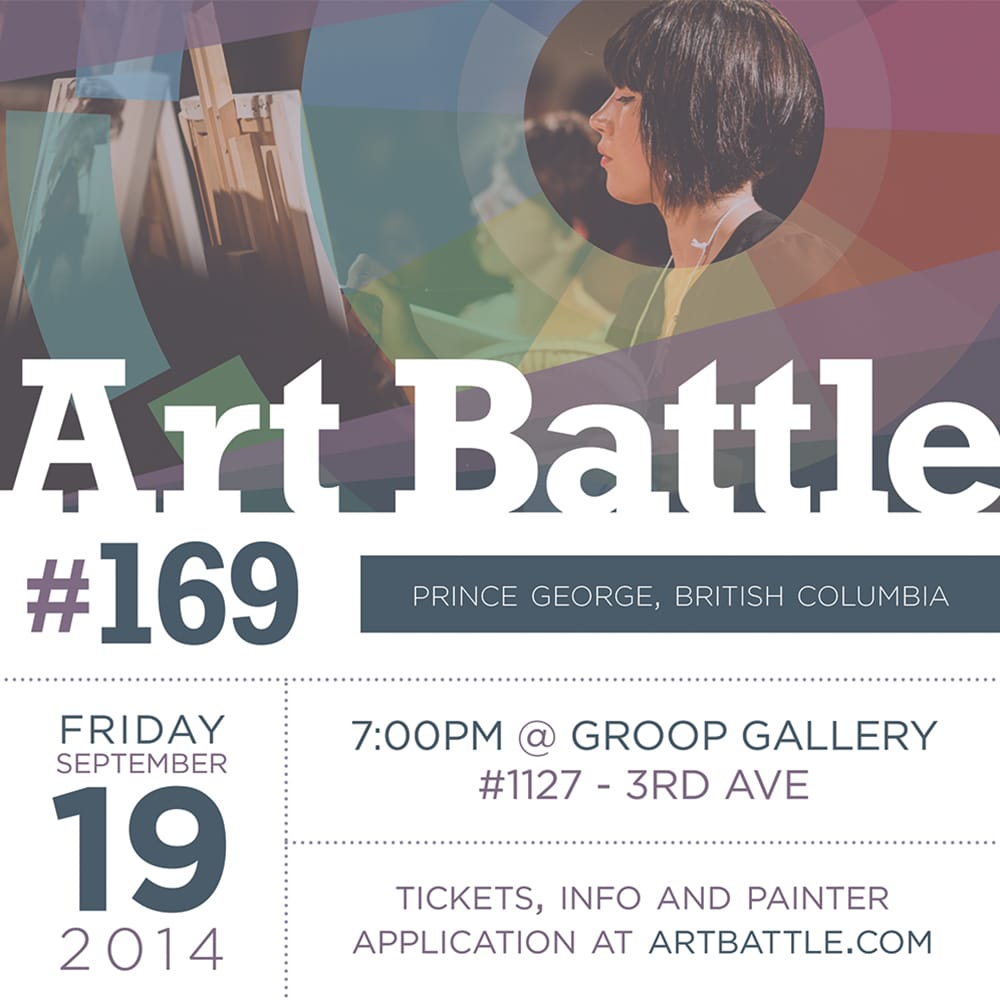 Art Battle Canada returns to Prince George! Please join us at Groop Gallery on Friday September 19th for an exciting night of live competitive painting. Local artists will compete for the title of Art Battle Champion and spot in the BC Finals at the end of the year. Last year’s winner, Corey Hardeman represented Prince George at the provincial finals in Vancouver and won! Corey then represented British Columbia National Championship at Maple Leaf Gardens in Toronto on July 26th.

See an album of pictures from Nationals here >

WHAT IS ART BATTLE?

Art Battle is live competitive painting. Painters create the best work they can in 20 minutes. As they work, patrons move around the easels, closely watching the creative process. The medium is acrylic paint and the tools allowed are brushes, palette knives or any non-mechanical implements. At the end of the round, the audience votes democratically for their favourite painting and bids in silent auction to take the work home. This is Art Battle Canada’s 6th Season and the second year in Prince George.