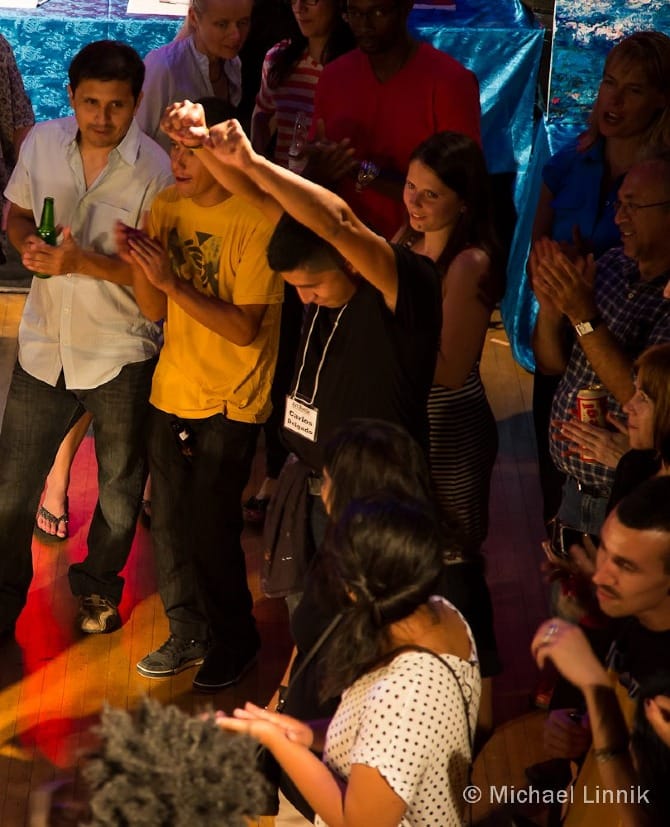 (Above) Carlos Delgado is introduced for the final round at Art Battle National Championship, July 24th, 2012.

Carlos is one of the true heroes of Art Battle, a seasoned professional painter, he’s tough to beat at the easel, and donates his time and resources to benefit children in his home country of Columbia. Carlos will compete at Art Battle 45 on February 26th in Toronto in hopes of qualifying for the 2013 National Championship.