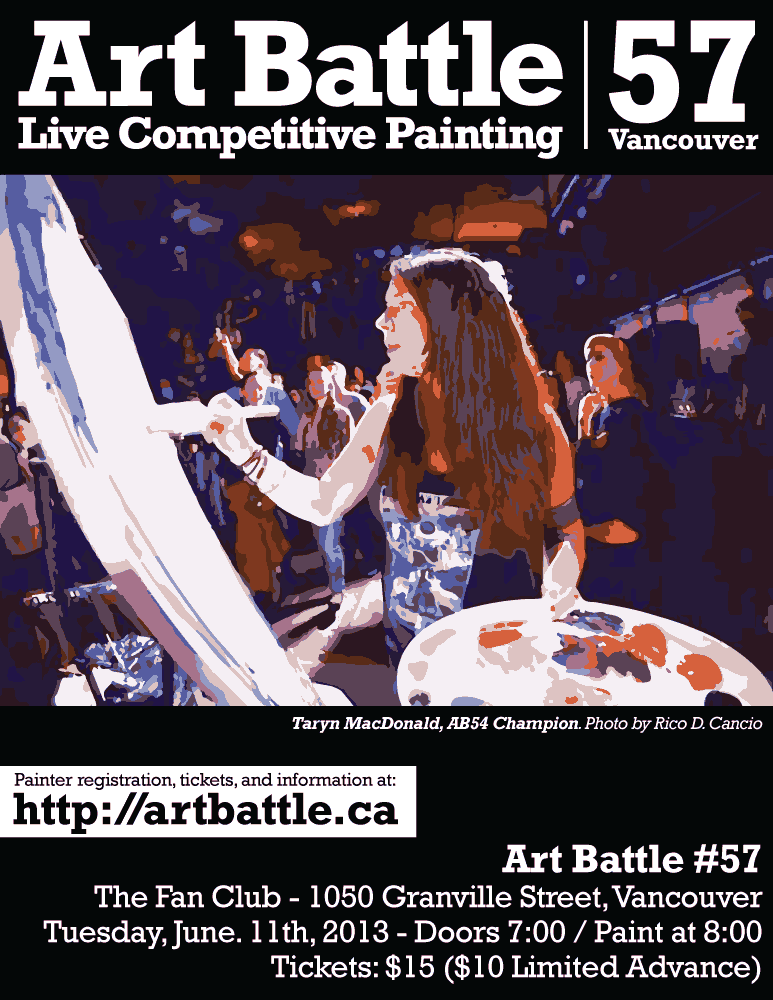 Art Battle returns to the Fan Club for an amazing night of live competitive painting! Last month’s event was the biggest ever Art Battle on the west coast. Congratulations to Taryn MacDonald who took home the victory and $500 grand prize.

This month’s event is the LAST CHANCE for painters to qualify for the Vancouver Finals, when one painter will be elected to represent the West at the 2013 Art Battle National Championships in Toronto. Last year, Vancouver’s Yared Nigussu won both the Vancouver and National Championships! We are so proud of every painter who steps to the easel with Art Battle.  Your talent and courage are truly inspiring!

WHAT IS ART BATTLE ?
Art Battle is live competitive painting. Painters create the best work they can in 20 minutes. As they work, patrons move around the easels, closely watching the creative process. The medium is acrylic paint and the tools allowed are brushes, palette knives or any non-mechanical implements. At the end of the round, the audience votes democratically for their favourite painting and bids in silent auction to take the work home. This is Art Battle Canada’s 4th season and second season in Vancouver.

Don’t miss the best night of the month for exciting art and community! See you on Tuesday the 11th at The Fan Club.
xo
Art Battle