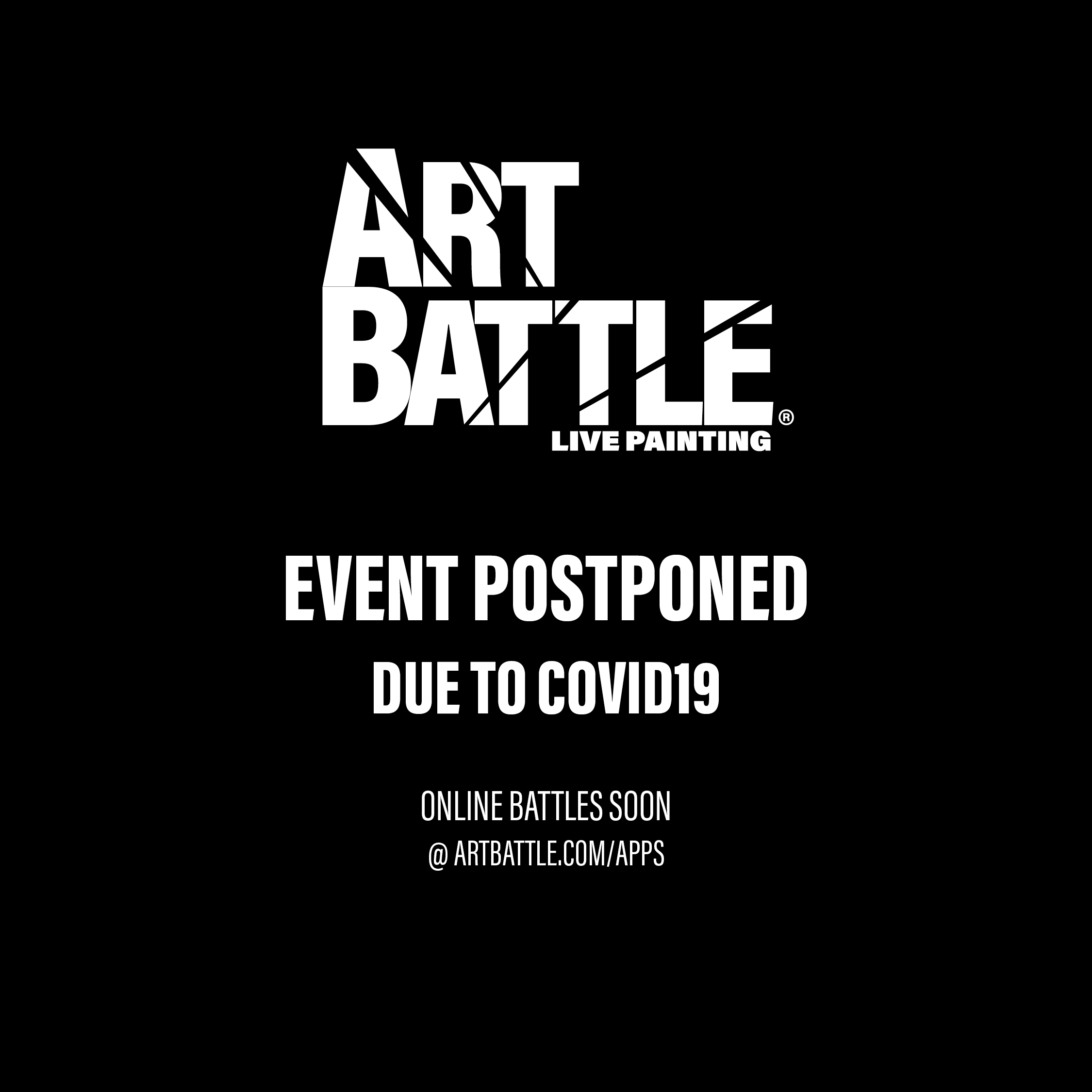 A number of event postponements have been announced in the US and around the world for regular season and Championship Art Battle® events. We will update this page with the latest info.

All Art Battle events in the US, Canada, Europe, and the UK that were scheduled before April  28th have been postponed. Events in Mexico, South Africa, and Australia may continue as planned. Events after April 28th will be evaluated closer to event dates.

Ticket refund requests will be honoured, guests are asked to consider holding their tickets for admission to rescheduled shows. To request a refund, please reply to the original ticket email receipt so we may easily match your request to the proper transaction.

All South African events are postponed 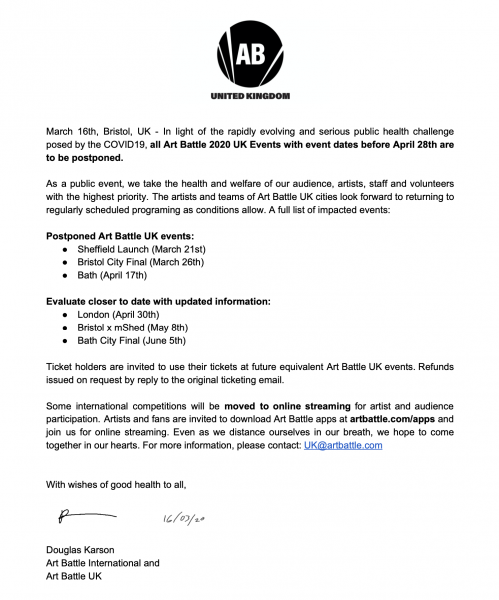 Post April 28th events, proceed as planned for the time being, to be reviewed at the beginning of April:

An announcement for the delay of European events in Bristol, Amsterdam, and Barcelona is forthcoming on Friday, they will be postponed until further notice.

Most US Art Battle events in the next 6 weeks have been postponed, including:

All US Championship events have been postponed. 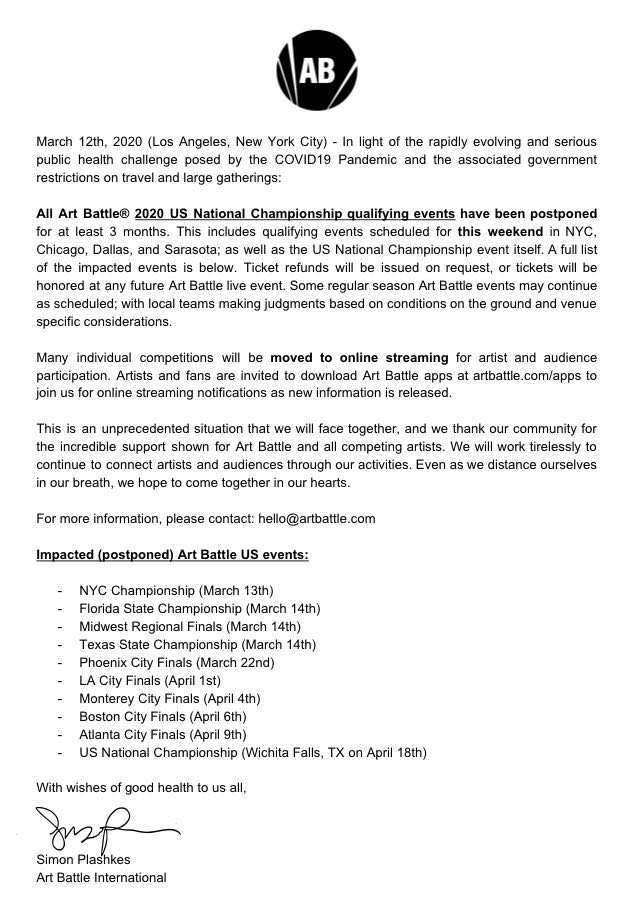