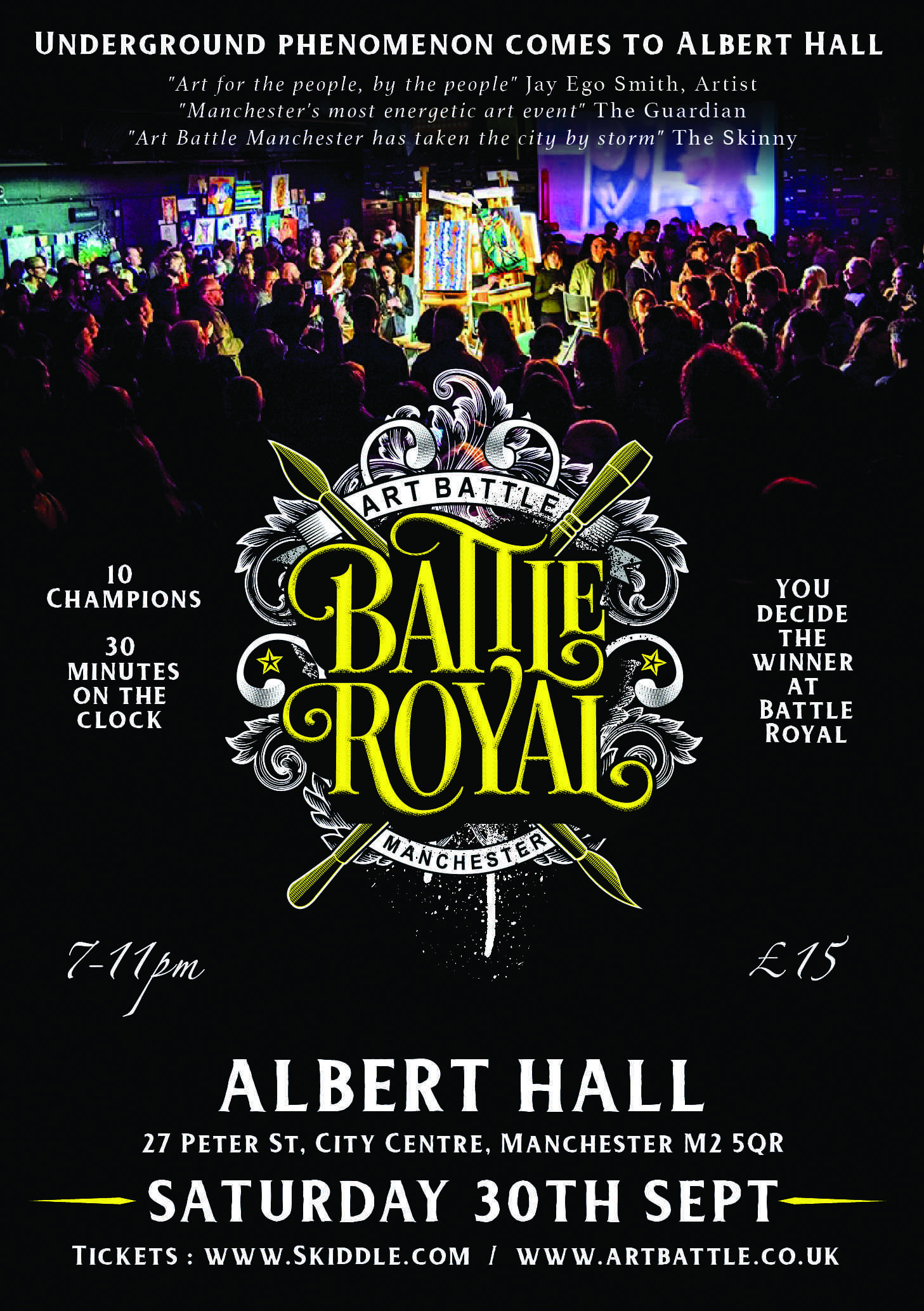 Battle Royal will see the 10 winners of Art Battle Manchester return and compete for the Champion of Champions crown. It is only fitting that this ultimate contest is to be held in the stunning and atmospheric Grade II listed Wesleyan chapel, which was closed and hidden for over 40 years, recently restored into the city’s most premium music venue.

The capacity crowd will watch painters, illustrators, tattooists and street artists go head-to-head in what has been described at the city’s most energetic art event. With only 30 minutes to create a masterpiece – YOU will decide who is crowned Champion of Champions.