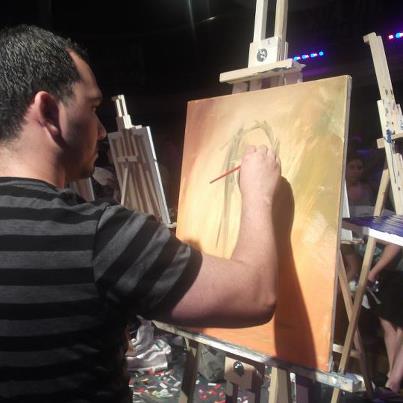 Rodrigo is one of the natural talents that has stepped up to the easel at Art Battle Canada. A finalist at AB15 and again at AB19, he also painted at Cage Matches 2 in December, earning a victory in the opening match of the evening.

Rodrigo Perez will be a featured painter at Art Battle 49 in Toronto April 23, 2013. His goal is to win the event and challenge Yared Nigussu for the 2013 Art Battle National Championship.