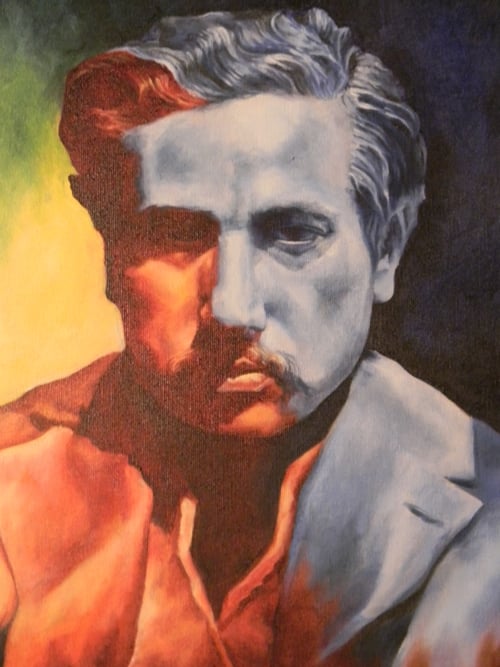 Sarah Lewis Steele is an Art Battle heavy weight, having competed in various Art Battles including taking the title in Art Battle at the Varley, Art Battle Leap Year, and in the 2012 National Championship. She is known for her impeccably detailed studio work (be sure to check out her speed painting video), and free flowing creativity and vibrancy in battle. She’s also super fun to hang out with and pretty rad in general, we’re lucky to have her, and we want you to get to know her a little too. What in your day to day life sparks your inspiration?

I often get inspired suddenly during seemingly innocuous moments. I could be doing the laundry, picking my son up from daycare or washing dishes when something will pop into my head. The trick is writing the idea down before I move on to the next thing. It sounds cliche but having my son has really inspired me to create, because now every moment seems so important. It’s given me a new respect for time and I’m driven to spend my energy only on the things I most value; being close to my family and creating art. You’ve joined us in quite a few battles, any favorite memories?

I have a lot of amazing memories from Art Battle, and hopefully more to come! One that particularly stands out is my first painting at Art Battle at the Varley. After watching the first round of painters I was feeling really intimidated and seriously regretting my decision on how to approach that battle. Instead of planning out a composition ahead of time I thought it would be interesting to throw some colour on the canvas and come up with something as I went along. I had never done anything like this before and I wasn’t sure if it would work. I was shaking with nerves when I started that painting. About 5 minutes into it a calm excitement washed over me as I realized that this idea might actually work. The painting ended up coming together better than I could have hoped for and I’ll never forget that moment when I realized the chance I was taking was paying off. I’ve taken chances since that haven’t paid off as well, but it’s such a thrill to experiment like that in front of an audience. How do your Art Battle paintings differ from your studio work?

My studio work and Art Battle paintings are like night and day completely. They couldn’t be more different. My studio work is very slow and meticulous. I often paint in thin layers of oil that are gradually built up with a lot of fine details that take a lot of time and patience. My first ever Art Battle was such a shock, but I think it’s something that has allowed me to grow tremendously as an artist. Doing a painting in 20 minutes, in the spotlight, is a pressure I had never experienced before. Art Battle pushes  you to take chances, trust your instincts, not think and just go for it. Looking back on the studio work I was producing before battling I would say it was almost timid in comparison to the confidence I have now. Although I still work much slower than a battle in the studio, I am experimenting and pushing my boundaries more than I ever have before. I owe that growth to Art Battle.

If you could Art Battle anyone dead or alive, who might they be?

This was the first person I thought of, then I thought of a ton of other people. After thinking them all through carefully I still came back to this one person. I have to say Odd Nerdrum. Not just because he’s likely our greatest living master, but because he paints much slower and more methodically than I do. Just picturing him trading his hand-ground pigments and stretched herringbone linen for great mounds of commercial store bought acrylic paints with a machine fabricated canvas, giving him 20 minutes instead of his usual months (sometimes years) is like an amazing thought experiment. Art Battle seems contrary in every way to his approach to painting and it would be really cool to see what he would come up with. I would also like to meet him. He’d probably kick my ass.

Sarah will be painting this week at Art Battle 45 Tuesday February 26 at The Great Hall, 1087 Queen Street West, can’t wait to see what she brings to the easel next!

You can find Sarah online at: 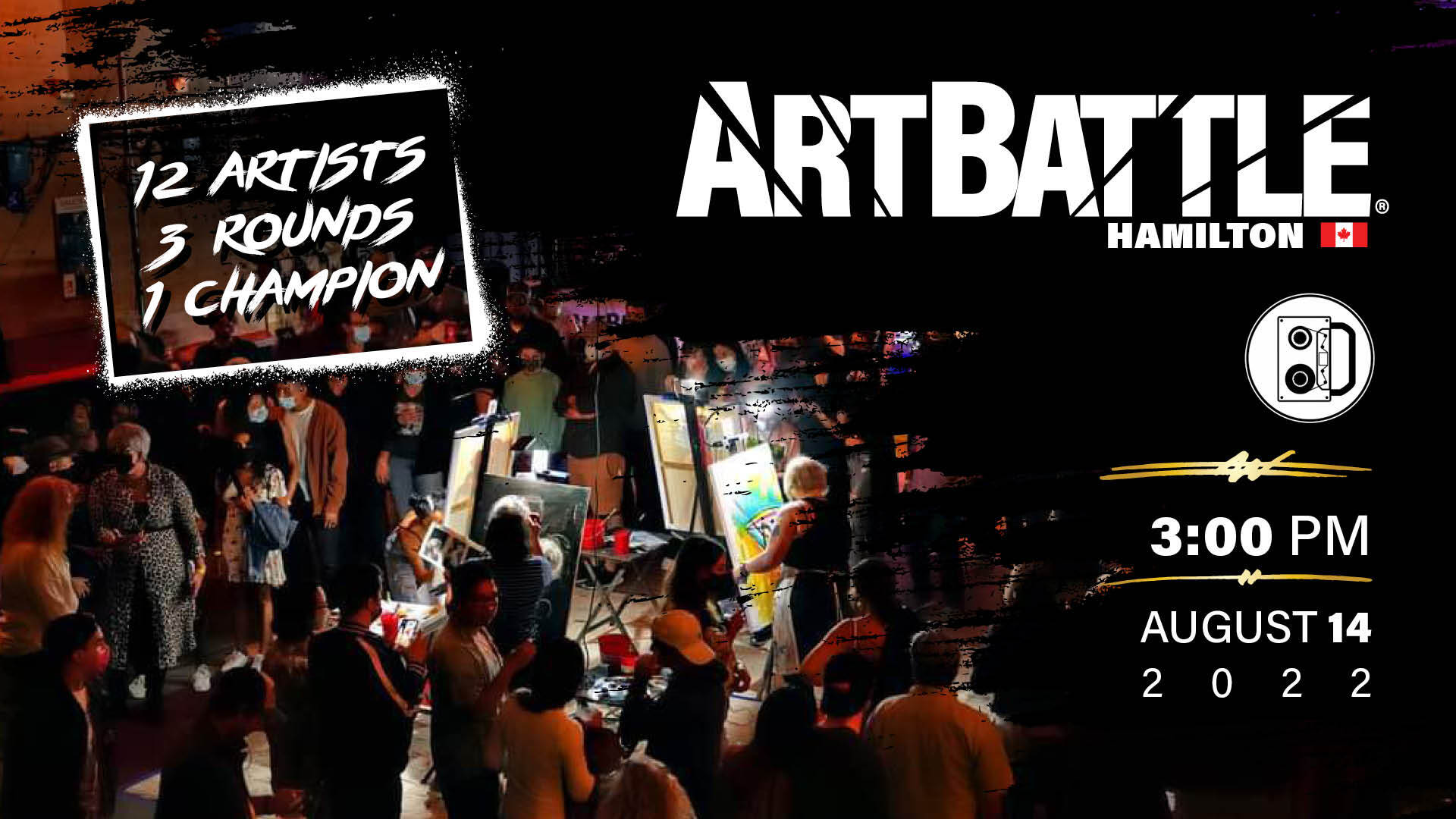 Join us in Hamilton for a beautiful summer afternoon! Come watch as artists transform blank canvases into beautiful pieces of art in just 20 minutes, and then help vote to determine the winner of the event! All artwork will also be available for silent auction. *This is an All Ages event   Art Battle - Hamilton! The Casbah @ 306 ... END_OF_DOCUMENT_TOKEN_TO_BE_REPLACED 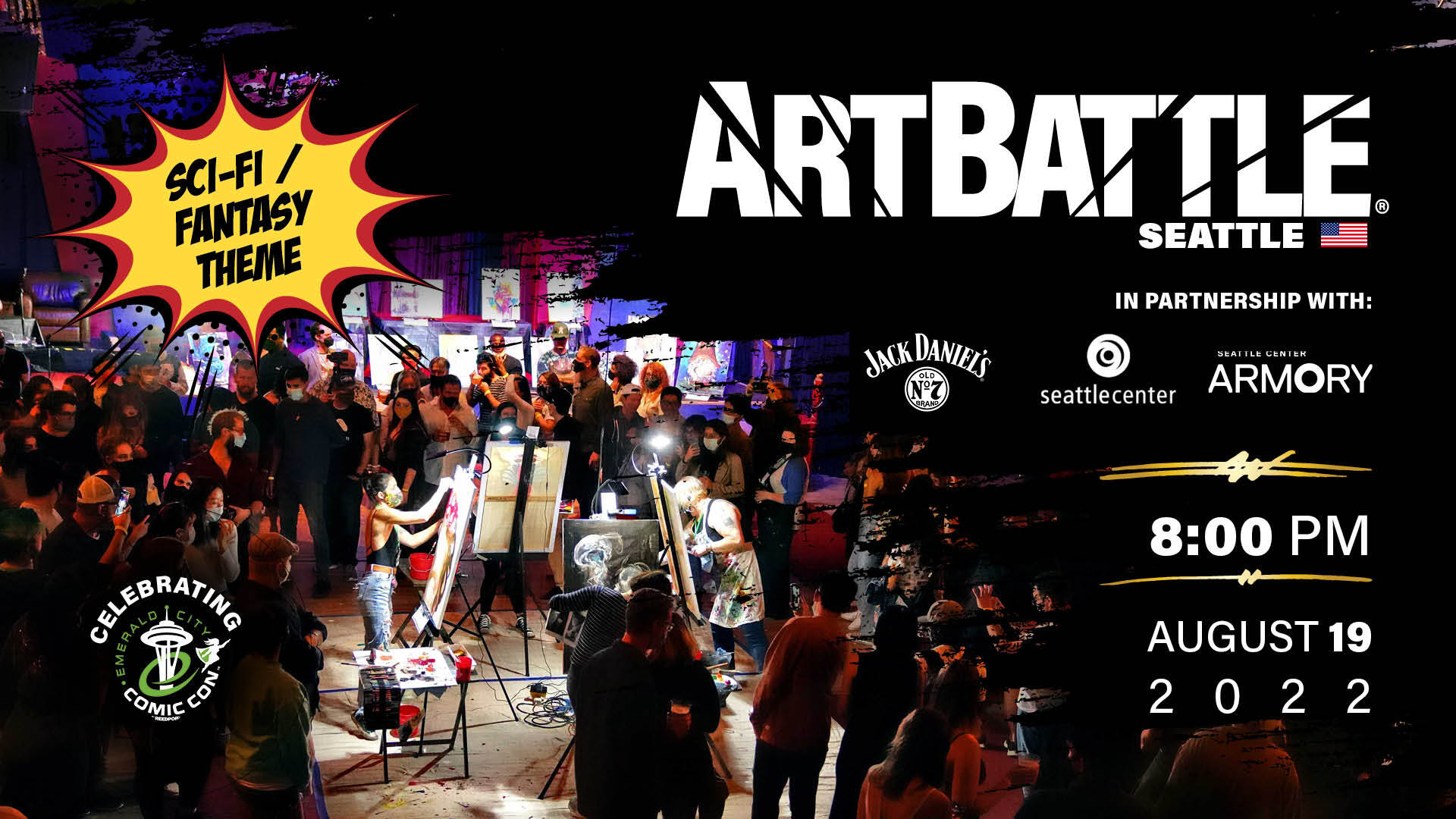 Join us at the Seattle Center Armory for a wonderful night of community and creation! In celebration of our local comic con, we will be having our annual Sci-fi/ Fantasy themed event. Come watch the paint fly before your eyes and help vote to determine the Winner as artists battle the clock & each other in 3 fast-paced rounds. All ... END_OF_DOCUMENT_TOKEN_TO_BE_REPLACED 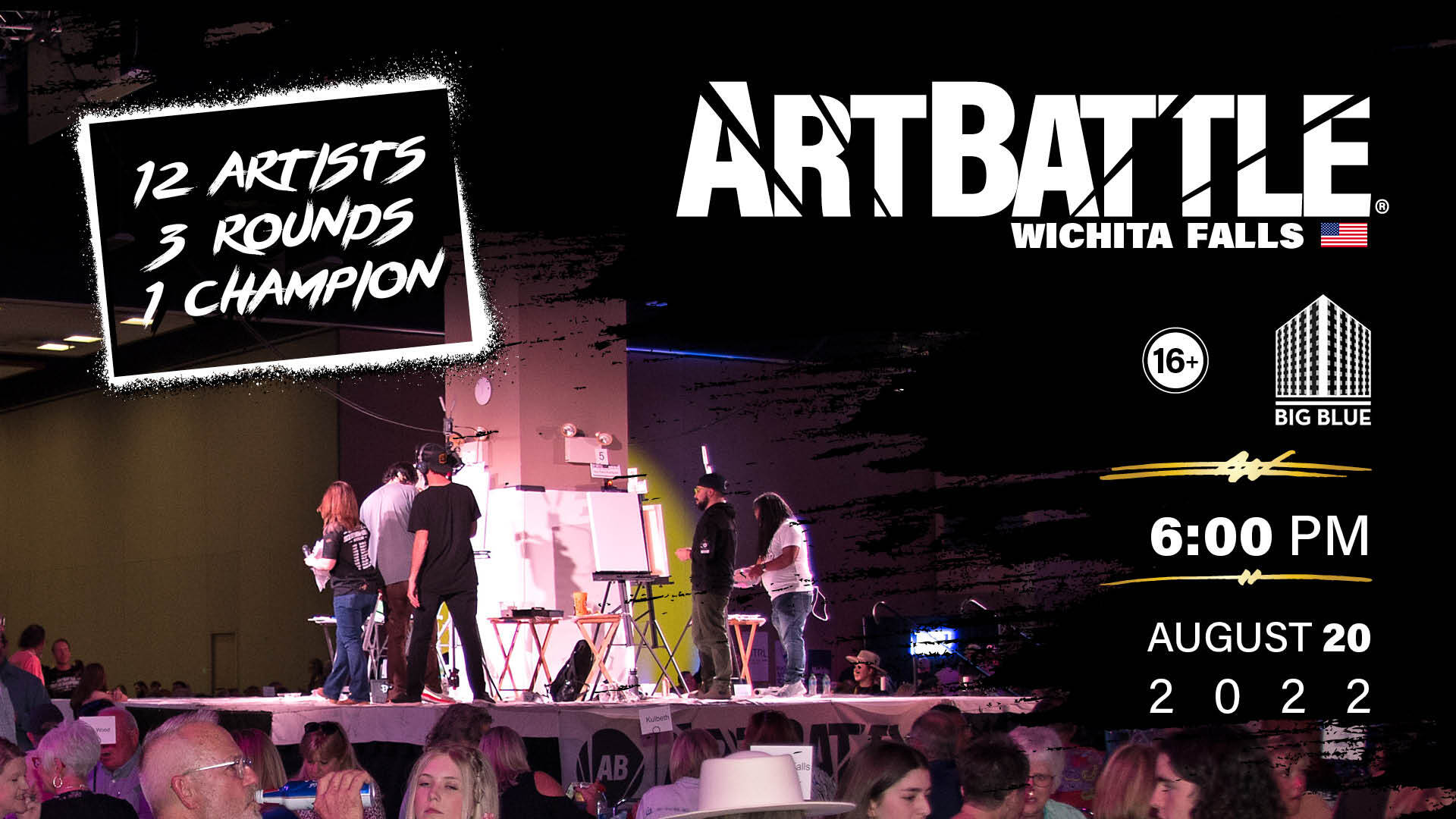 Join us for an electric evening of live art! Watch the paint fly before your eyes and incredible creations unfold during 3 fast-paced rounds of live painting and help vote to determine the Winner! All artwork created will also be available via silent auction. Be a part of the fun as a spectator, or participate as one of the featured ... END_OF_DOCUMENT_TOKEN_TO_BE_REPLACED 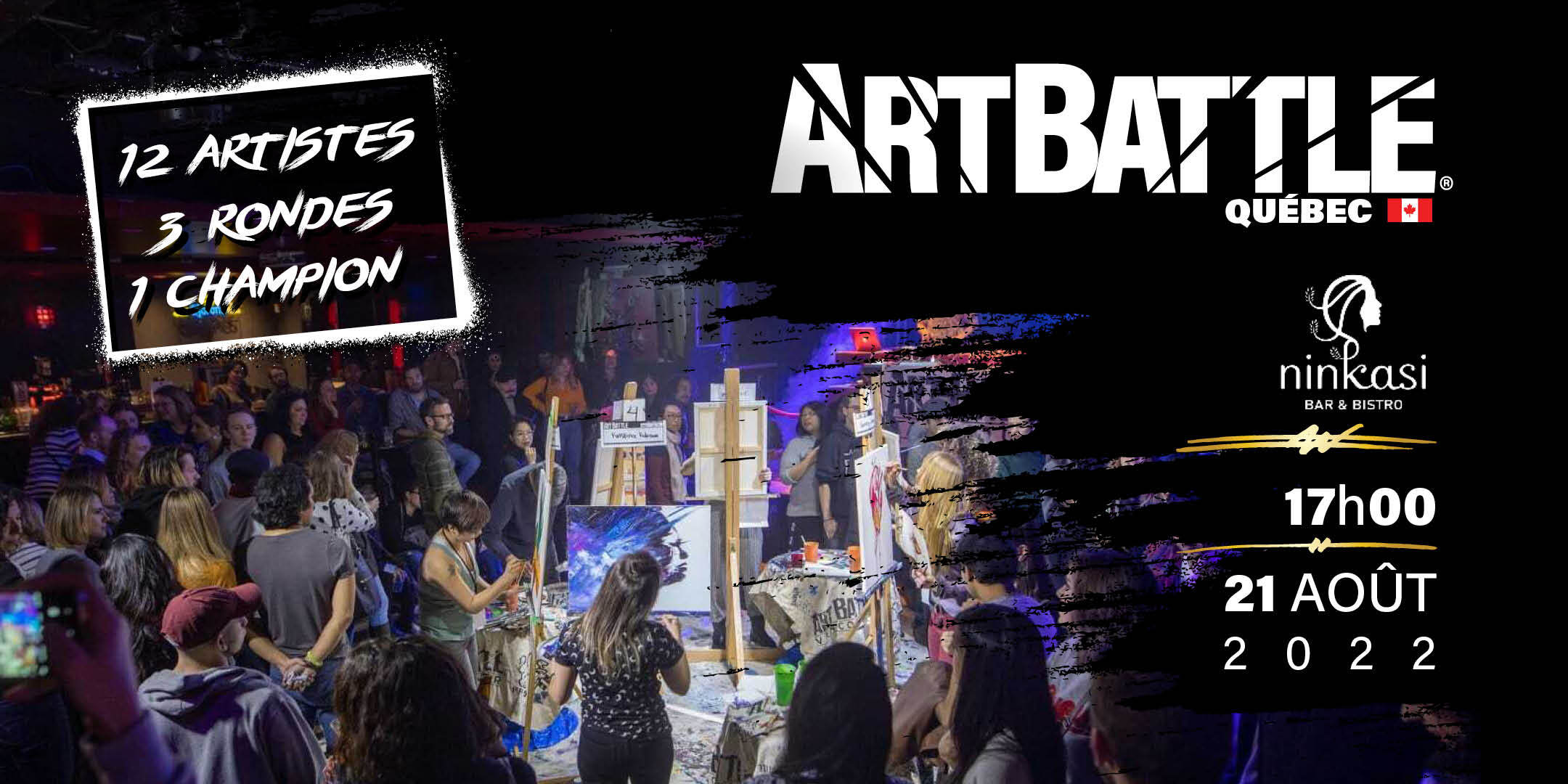 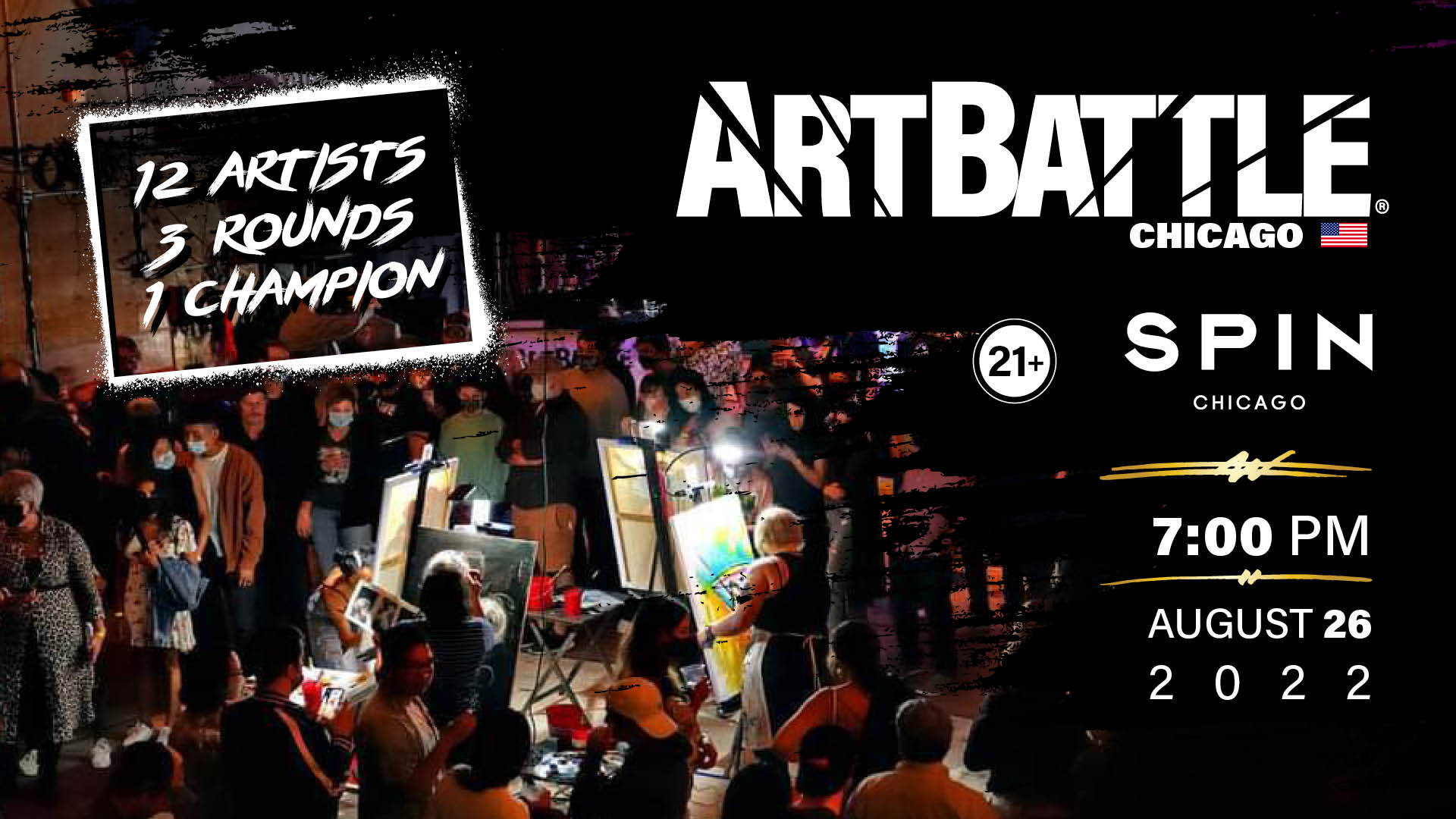 Grab your best pals and join us for an amazing experience of live art! Artists have 20 minutes to take their canvases from blank to beautiful, battling not only the clock but each other as well. Watch the paint fly before your eyes and help vote to determine the Winner! All artwork created will also be available via silent auction. ... END_OF_DOCUMENT_TOKEN_TO_BE_REPLACED 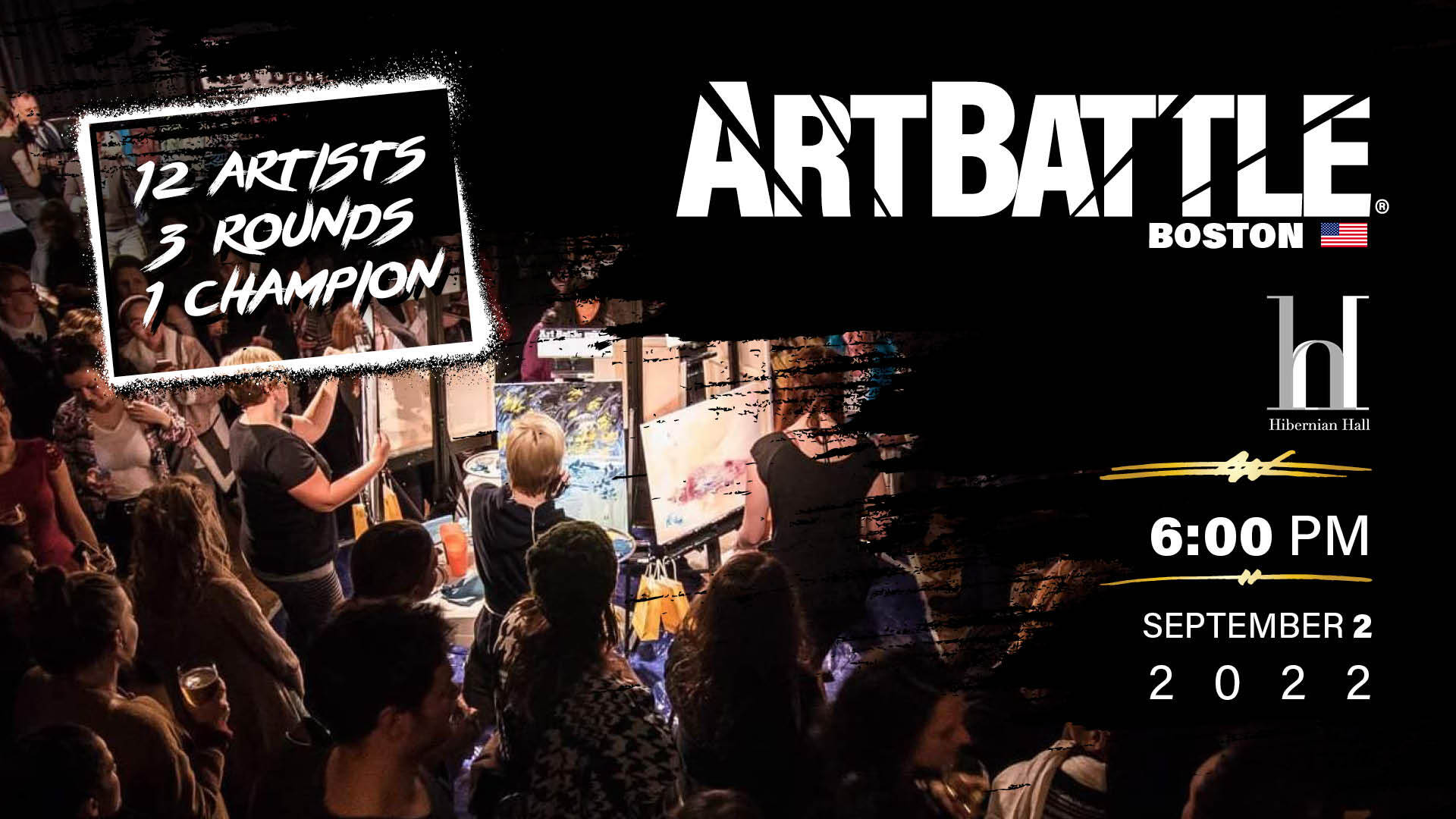 Join Art Battle Boston for the Season Opener! Come watch as artists transform blank canvases into beautiful pieces of art in just 20 minutes, and then help vote to determine the winner of the event! All artwork will also be available for silent auction. This is an All Ages event. *Follow us on Instagram @ArtBattleBoston!   Art Battle - Boston! ... END_OF_DOCUMENT_TOKEN_TO_BE_REPLACED 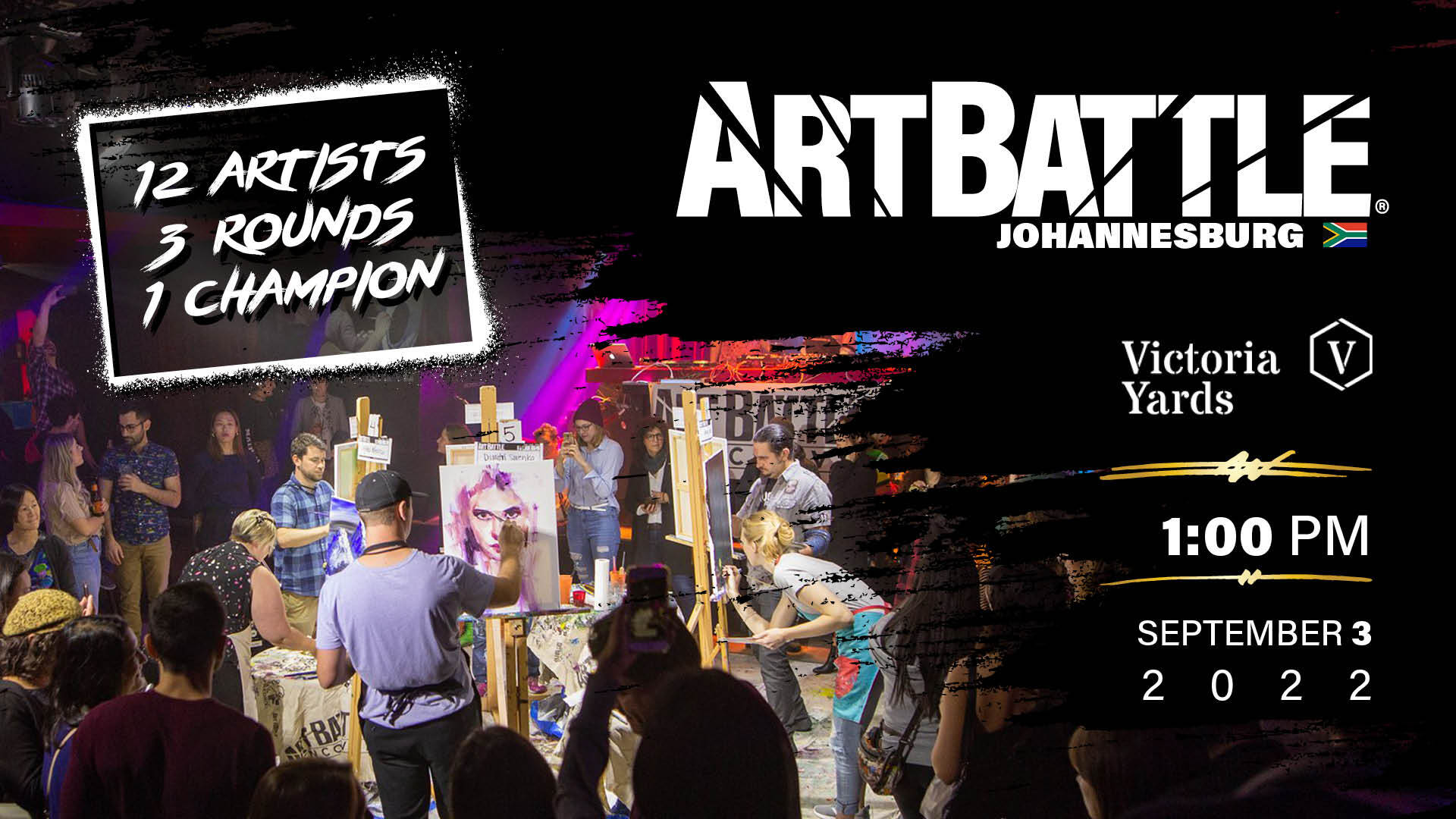 Join us for an electric afternoon full of live art! Come watch the paint fly before your eyes and help vote to determine the Winner as artists battle the clock & each other in 3 fast-paced rounds. All artwork will also be available for auction during this incredible experience of community and creation! Be a part of the fun as ... END_OF_DOCUMENT_TOKEN_TO_BE_REPLACED 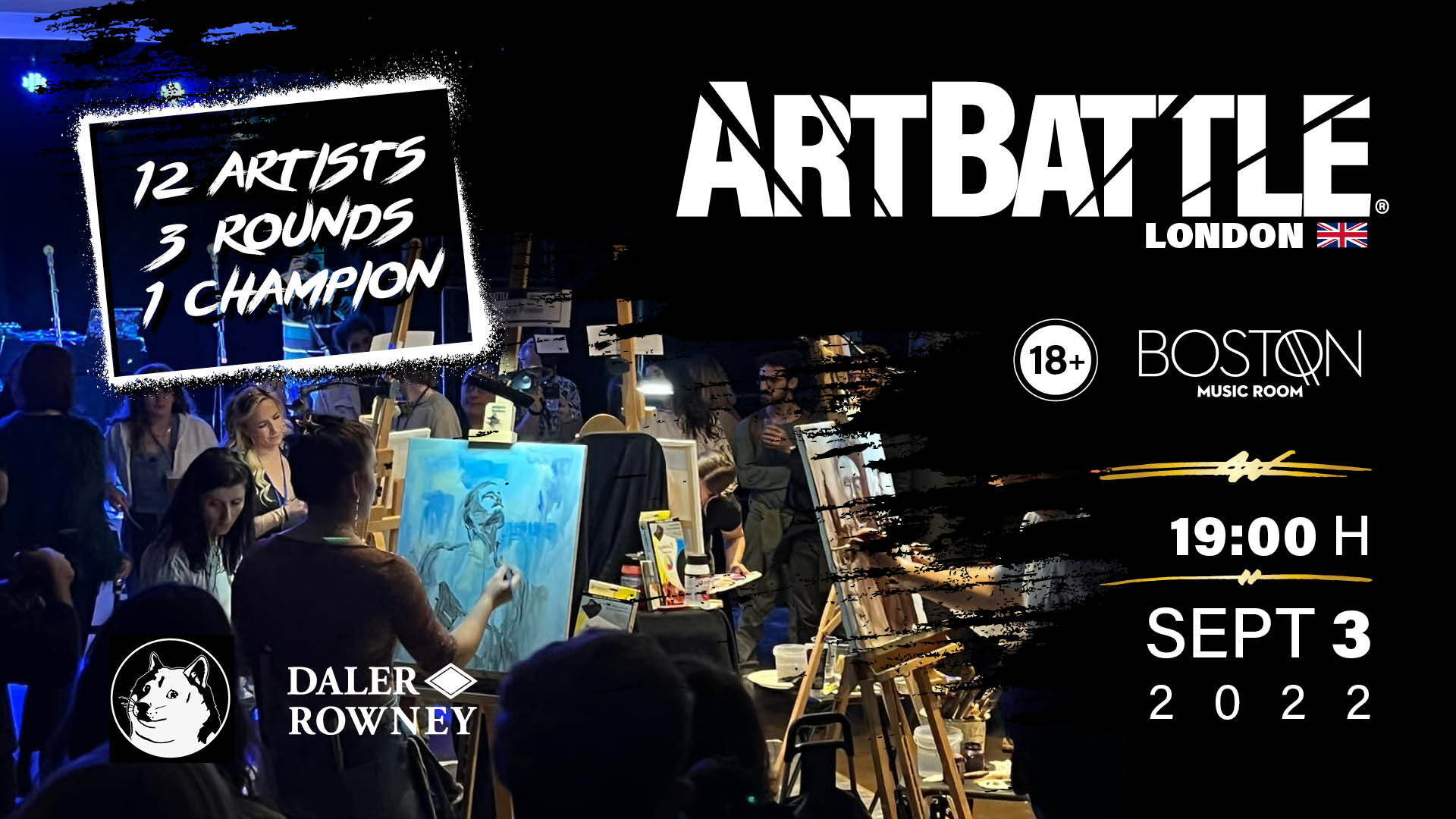 Grab your best pals and join us for a wonderful evening of creativity and community, a live art tournament showcasing local artists and connecting London to towns and cities around the world! Come watch as artists transform blank canvases into beautiful pieces of art in just 20 minutes, and then help vote to determine the winner of the event! All ... END_OF_DOCUMENT_TOKEN_TO_BE_REPLACED