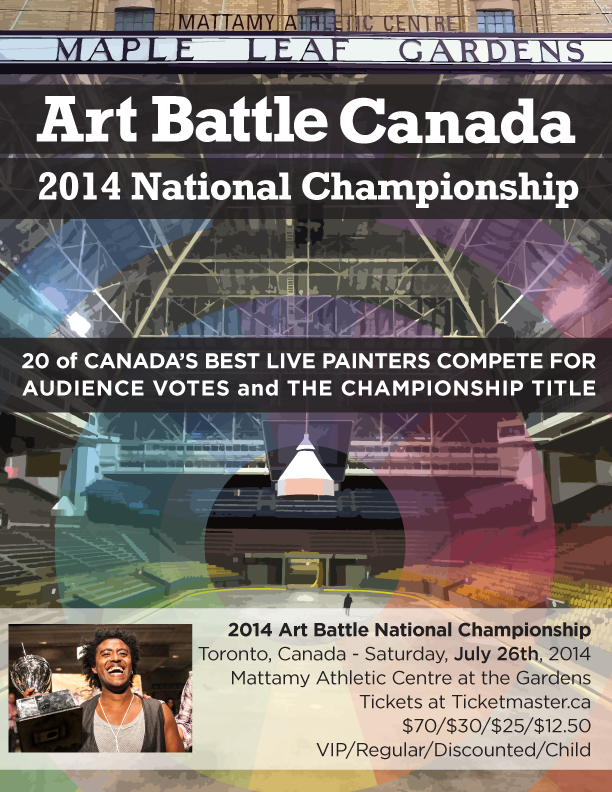 Contest: [Paint my portrait at #ABNC on July 26th @artbattlecanada!]

View 12 artist profiles (8 to be announced) A preview from our friends at the Analog Preservation Network About the 2014 Art Battle National Championship

The audience will vote to determine who deserves to be crowned as the best live painter in Canada! All paintings created will be available for sale via silent auction at the event. Over 100 events have taken place in 27 Canadian cities this season, featuring more than 600 painters in a progressive tournament of skill and courage. Winners of monthly events during the season will be competing coast-to-coast in Regional Finals in May, June and early July to determine who will challenge for the title of 2014 Art Battle National Champion. Yared Nigussu of Vancouver is the returning Champion, he will defend the title he won at the 2013 National Championship which was held at The Art Gallery of Ontario. To see what Art Battle Canada is all about, check out http://artbattle.ca/videos/

Click Here to see the Competitors for this year’s ABNC!