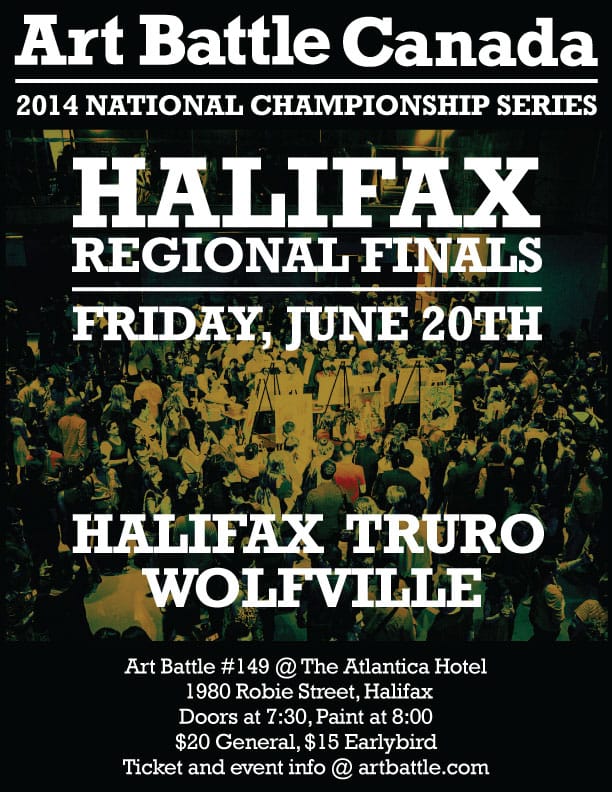 Art Battle Canada is pleased to announce the 2014 Halifax Regional Finals on Friday June 20th at The Atlantica Hotel Ballroom!

Please join us for an amazing night of live competitive painting as Winners and All-Stars from this season’s events Halifax, Truro and Wolfville compete for the title of Art Battle Halifax Champion. The winner will earn a ticket to Toronto to represent Nova Scotia at the 2014 National Championship, which will be held in Toronto on July 26th at Mattamy Athletic Centre (the arena formerly known as Maple Leaf Gardens!).

Get your tickets now >