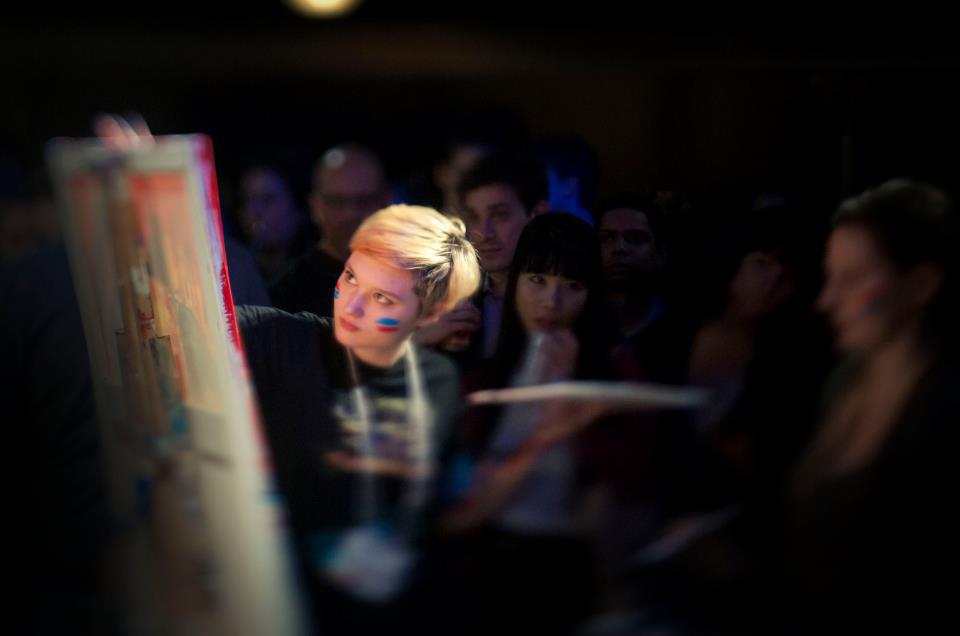 Toronto artist Morgan Booth is a twice-crowned Art Battle Champion, winning Art Battle 18 in October 2011 and  Art Battle Halloween in October 2012. Morgan’s first appearance at the AB easel was in November 2009 during the second round of Art Battle 2.  The dialogue of her work speaks to the openness of the heart, the earthliness of the body and the invention of the mind.