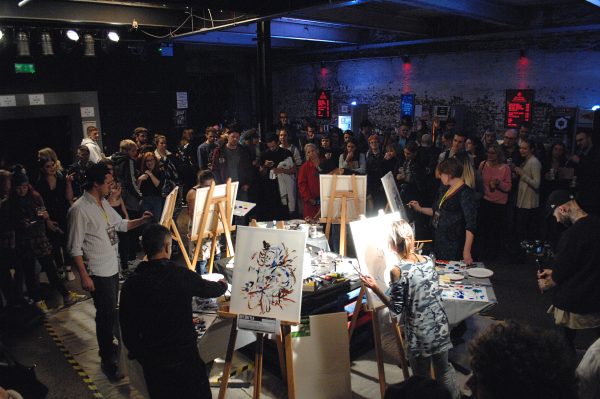 Interested in competing or hosting an Art Battle UK event? 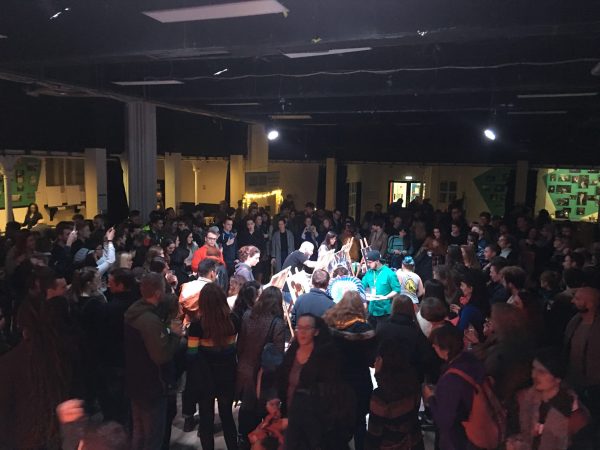 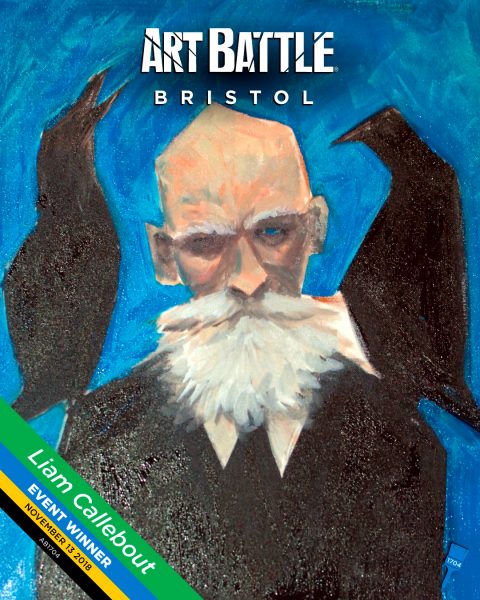 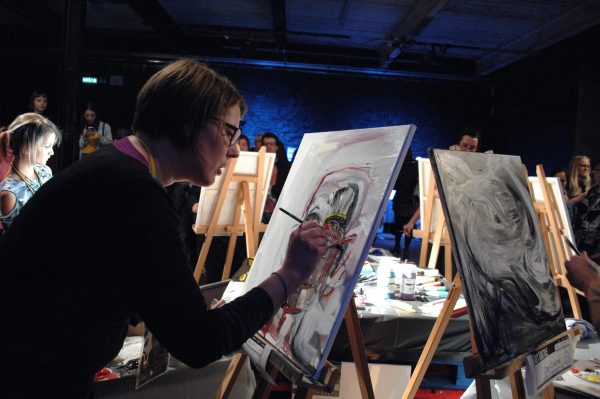 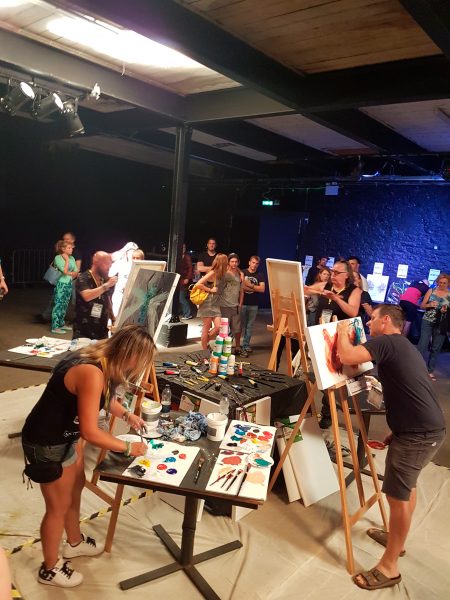 Art Battle Bristol – 15 May 2018 – Marble Factory –  Bristol had its inaugural Art Battle on 15 May! 12 Artists took to the stage to battle the clock & each other in an epic showdown! Winner – Ian Price! 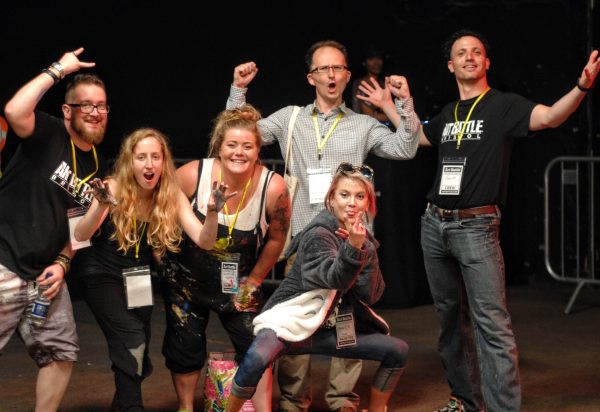 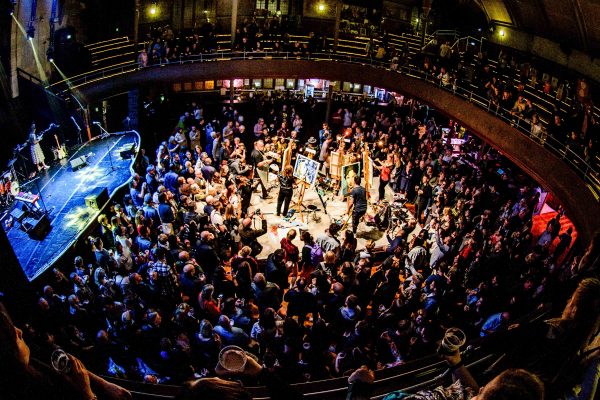 Art Battle Manchester X – 6th May 2017 – Projekts Skatepark – ‘The skirmish in the Skatepark’ under a motorway saw a fierce battle while some of the city’s top street artists left their mark on the skatepark. Skaters did some tricks on the half-pipes while fire breathers put on a stunning show. One of the co-founders of Art Battle Manchester went into labour at the event, so it was a memorable weekend! Winner – Michael Browne 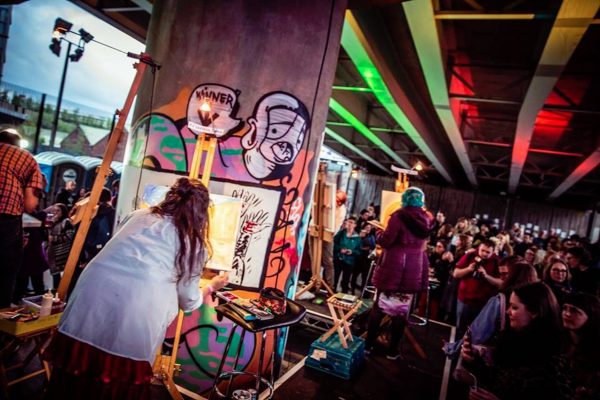 Art Battle Manchester IX – 17th Feb 2017 – Gorilla – The Thrilla in Gorilla saw visual artists take over a music venue. The artists were serenaded by a brass band playing hip-hop classics to get the crowd in the mood. Winner – Lee Hartley 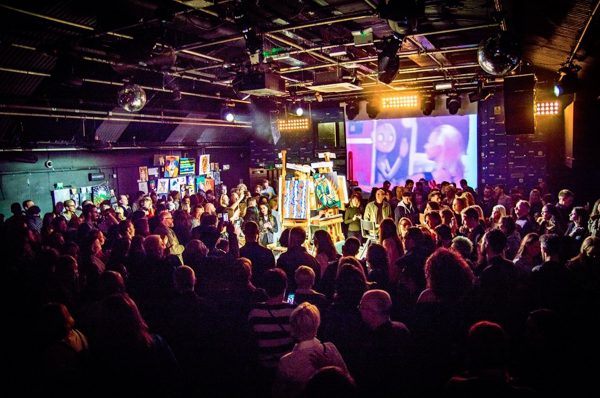 Art Battle Manchester VIII – 14th Oct 2016 – London Road Fire Station – This much loved beautiful grade II listed building had been derelict for over 30 years. The artists brought the stunning venue back to life with a live battle, while street artists sprayed up an old fire engine. The winner was wildcard entrant Dano, who only agreed to take part on the day after one of the artists couldn’t take part. Fortune favours the brave, or maybe he didn’t have enough time to get nervous! Winner – Dano Vojtek 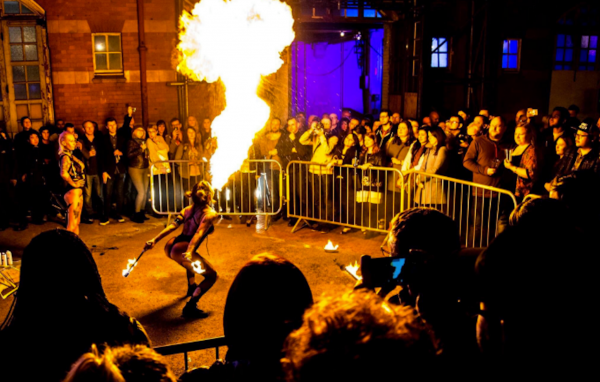 Art Battle Manchester VII – 9th July 2016 – Mantra Warehouse – This battle took place in the old industrial heart of the city – Ancoats. Street Artists also did a live battle while serenaded by classical musicians. Winner of the battle was tattooist Chewit who won the crowd over with his stunning owl painting Winner – Chewit Self  Winner of Street Battle – Jay Sharples 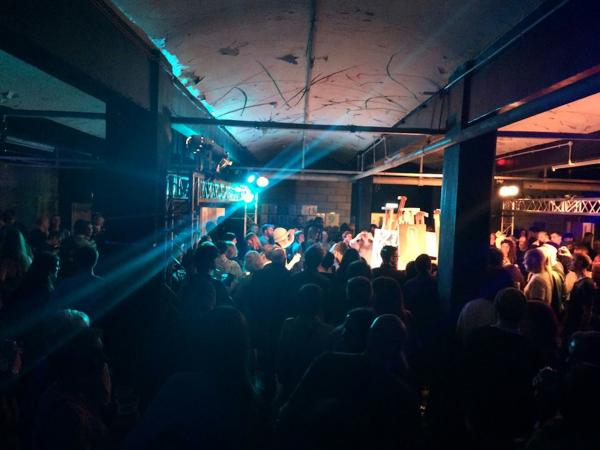