Competitors are the top 10 National Finalists, winners of qualifying events in: New York, Las Vegas, San Francisco, Chicago, Dallas, Jacksonville, Phoenix, and Los Angeles. In long running Art Battle tradition, there will also be two wildcard easels, and artists who think they have what it takes can still register (until the day of the event) for a chance to compete by random draw.

The 2018 Art Battle US National Finalists: 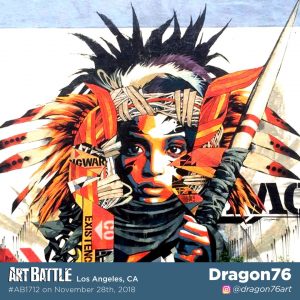 Los Angeles Champion – Pablo’s work is a little surreal, a little figurative and a little expressive, all with a street edge vibe. Pablo is skilled at creating a strong sense of depth in his works, utilizing textural elements and varying paint consistency to create depth between foreground and background. 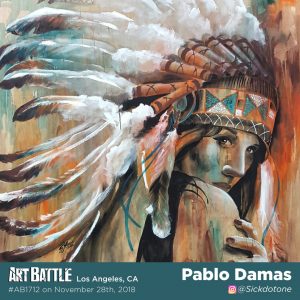 San Francisco City Champion
– Kaleidoscopes of vibrant color; Tracy’s work tackles the changing landscapes of community and identity in the 21st century. She has exhibited worldwide, including at both SCOPE Miami and SCOPE New York. In 2017 Tracy competed on the hit TV show ‘Skin Wars: Fresh Paint’ and emerged victorious. 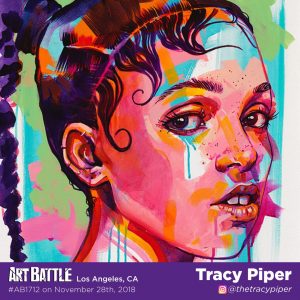 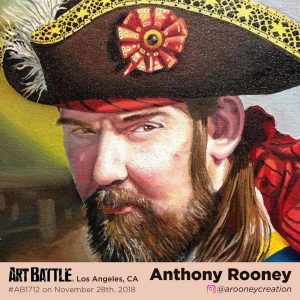 Texas State Champion – Sheridan’s detailed work features an intermingling of foreground and background through his use of vibrant colour and communicative pattern.  Sheridan’s portfolio boasts a wide variation in subject matter, each expressing emotion representative of the his chosen palette.

Chicago City and Midwest Champion
– An incredible ‘wildcard’ victory story, Karla stepped up to the easel as an inexperienced Art Battle competitor to win the Midwest Regional Finals! Her natural ability shined as the paints flew. 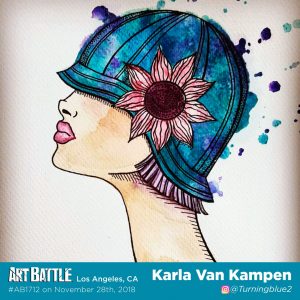 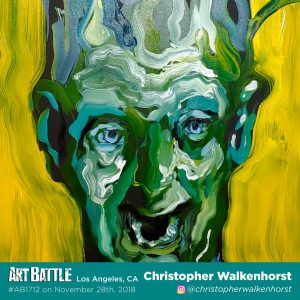 Los Angeles All Star – Joseph describes his work as abstract-expressionist-realism.  He uses thick paint and expressive brushstrokes to merge abstract and reality based imagery. 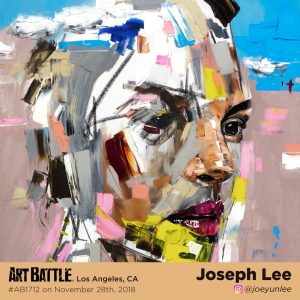 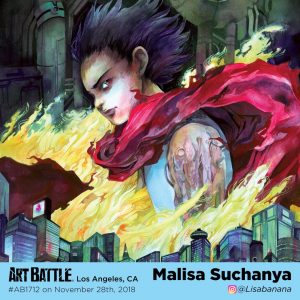 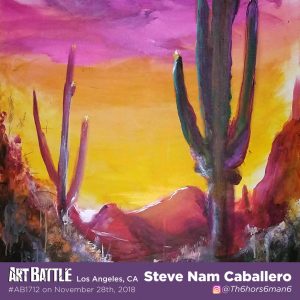 Join us! Artists, register to compete in the regular season [WILDCARD entry is still open for the National Championship event]. Arts organizers and events producers, are you interested in bringing Art Battle to your city? Apply now.

Thank you to tournament sponsor Fredrix Canvas for allowing us to use the finest art materials in select cities, including Art Battle paint produced in California by Da Vinci Paint. Thank you also to FM Brushes for their gift of brushes to Art Battle artists! 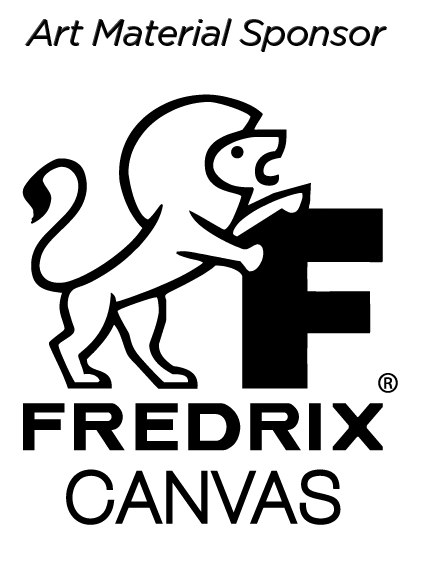 Art Battle works with charities and brands to produce special events in celebration of artistic talent. Our top artists are also engaged in mural production across the country. Check out our services for more information on live painting performances of all kinds.